Robb and Jenny met in 2006 and married in 2007.  Jenny was a flight attendant; Robb, an international sales manager where both traveled the globe.  There would be time for a family later they thought, because at that time they loved their jobs and each other and that was enough.  We all know that God has a way of turning our hearts toward Him and often He uses great trials to accomplish His purposes.  In Robb and Jenny's case, Jenny met with a very serious illness that required her to leave her career permanently.  Both Robb and Jenny sought the Lord and countless doctors for Jenny's healing.  Each had their own faith, but Jenny's illness united them as they had to fix their eyes upon God and pray for healing.  That's when God began to work on both their hearts.  God's plan for them was to open their hearts and home to a son or daughter...an older son or daughter.  One day, Jenny was listening to the radio in the car when she heard about a Philippine Host Program for families considering adoption.  Once Jenny received an email from the agency sponsoring this host program, she came across the picture of a 12 year old little girl.  Jenny fell in love and knew she had seen her daughter for the first time.  Jenny shared with Robb the vision God had placed on her heart and immediately it became Robb's vision as well.  They would stop at nothing to bring their little girl home.  Very late on December 23, 2012, Robb, Jenny and Maricar landed on American soil at Washington's Dulles Airport.  They drove all night arriving at their home in South Carolina the morning of Christmas Eve.  Their life has changed for the very best.

Two years later, Robb and Jenny are at it again, looking for their second daughter in the Philippines.  This time they didn't have savings they had when they adopted Mari.  Jenny, being no stranger to hard work and ingenuity, in November of 2014 rolled up her sleeves, donned an apron and started making the most delicious salted caramels giving it to family, friends and acquaintences.  Everyone agreed, it was the best caramel they had ever tasted...PERIOD!

In the first few weeks of 2015 over $5,000 dollars of the rich, sweet, toasty caramels were sold.  Initially, the sales were used to help fund and support Robb & Jenny's next adoption.  However, now being so close to their goal they decided a formal business, 'stirred by hand', was in order.  They want to pay forward the love and support they have received in building their family.  So every delicious bite of salted caramel you enjoy will help support an orphan in the Philippines and will also support families here at home looking to add to their own families through the miracle of adoption.  We are sure this will make the already delicious salted caramel creations and confections taste all the more delightful.

May God bless you for supporting those children praying and searching for a forever family and for those parents on the quest for that miracle child that will make their family more complete. 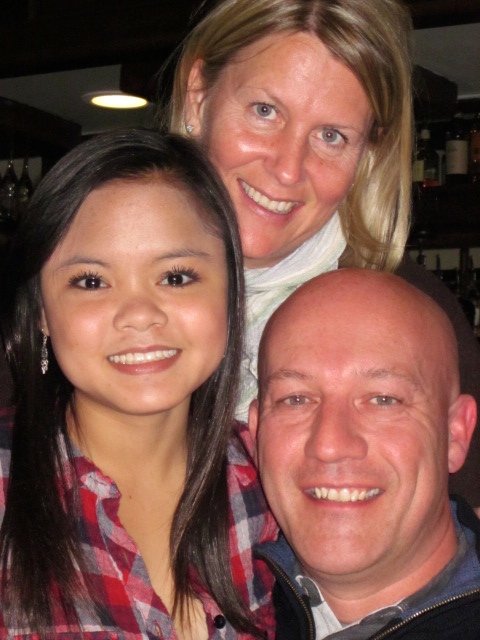